The building in Rome’s P.le Flaminio was designed in the 1970s by Luigi Moretti, one of Italy’s most significant architects of the 20th century.

The redevelopment project respects Moretti’s original design, seeking to combine the architect’s architectural integrity and wishes with the needs of the 21st century.

The philological restoration, using the most modern and high-performance technologies, provides the new facades with a refined verticality that was impossible to achieve at the time.  Interventions in the façade elements, such as the aluminium cornices, the reinforced concrete volumes on the roof and the white pillars, are minimal.

The windows are full-height, with very light, almost invisible frames, so as to realise the Master’s wishes. Modern materials make a difference not only in an aesthetic sense: the glass chosen insulates the building much more effectively, bringing it up to a higher energy standard.

To reflect the sketches of the original project, the aluminium profiles, which run vertically on the façades and were coloured red in the 1970s, have been made gold. 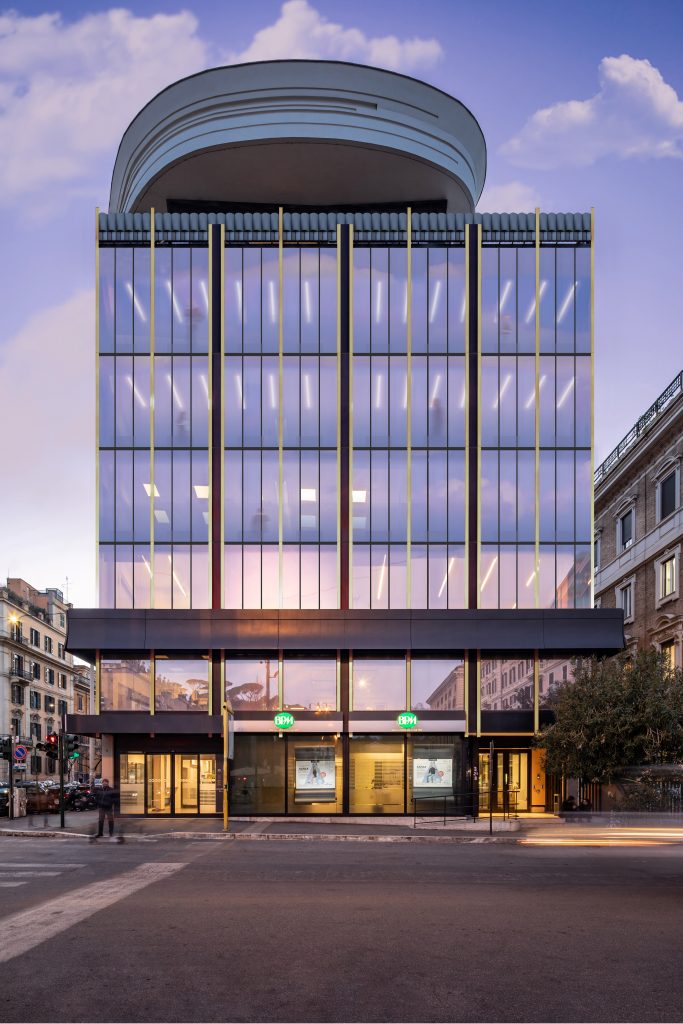 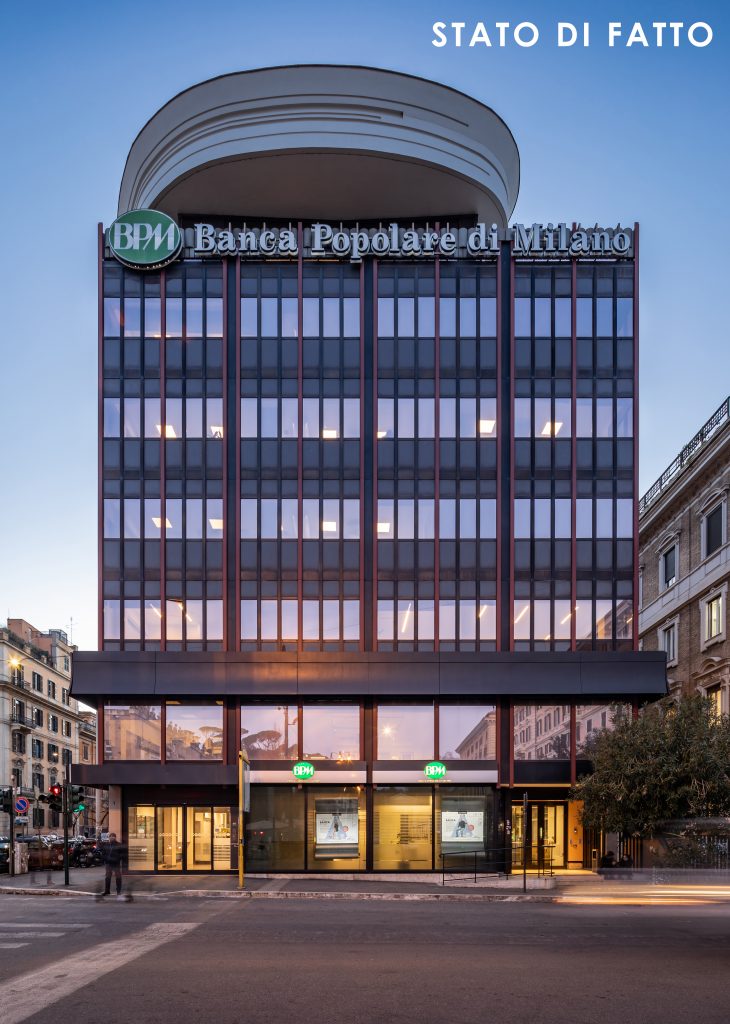 The comparison with Moretti

The initial approach to the project involved a serious and complex study of the state of affairs and the identification of the compositional and stylistic elements typical of Luigi Moretti’s architectural language (in the image below, Moretti’s drawings preserved in Rome at the Central State Archive, Moretti Fund).

The intention was to carry out a conservative renovation that respects the iconic value of the Roman architect’s last work, using new technologies that improve the building’s performance without affecting the historical memory and iconic value it has maintained over time. 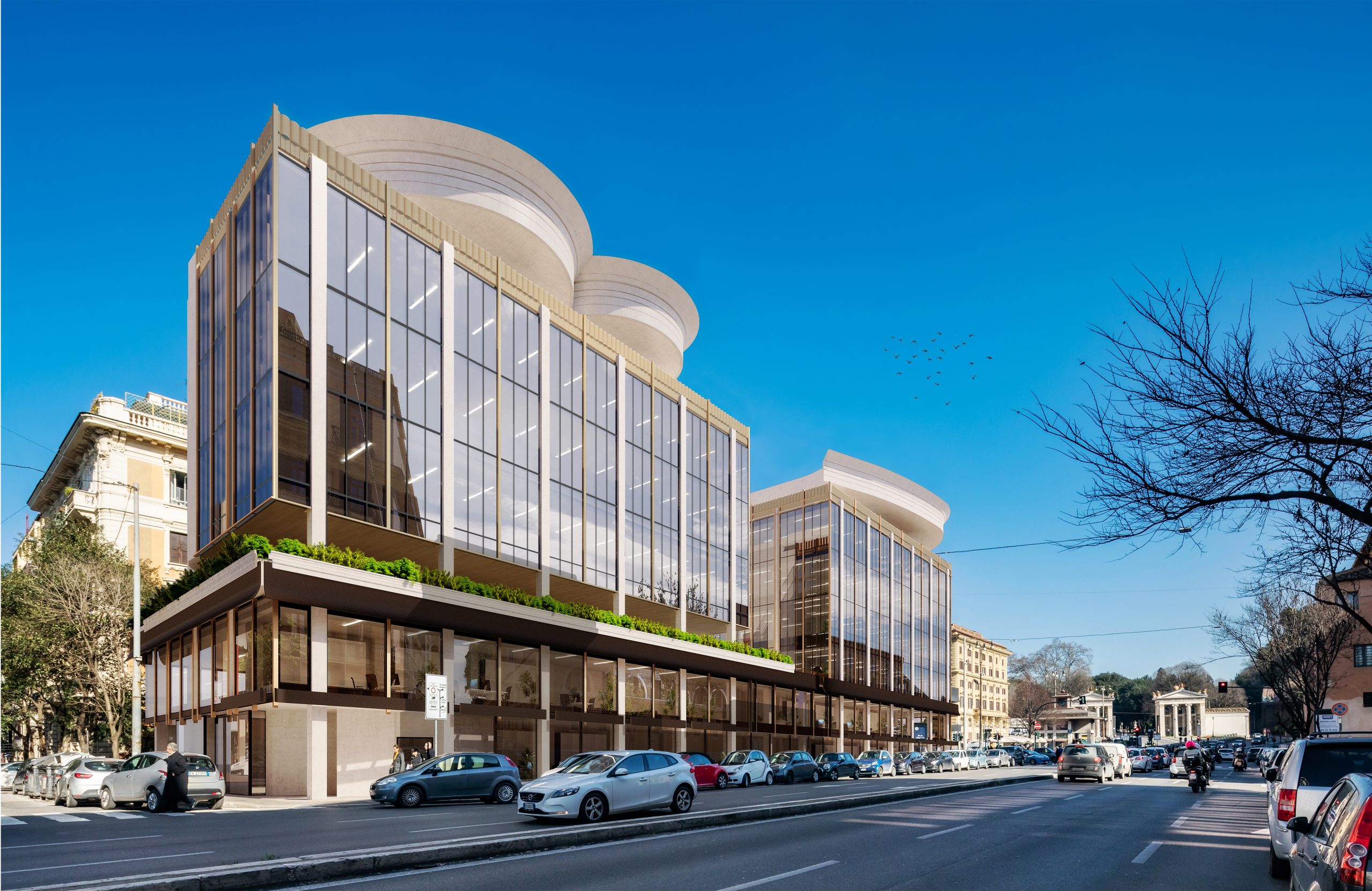 Respecting tradition, but with modernity

The current curtain wall system is now obsolete and non-performing, whereas the original designs featured very light and linear frames which were not realised due to a lack of appropriate technological solutions at the time.

The total replacement of the windows and doors will lighten the design of the façade, emphasising the verticality of the elevations. 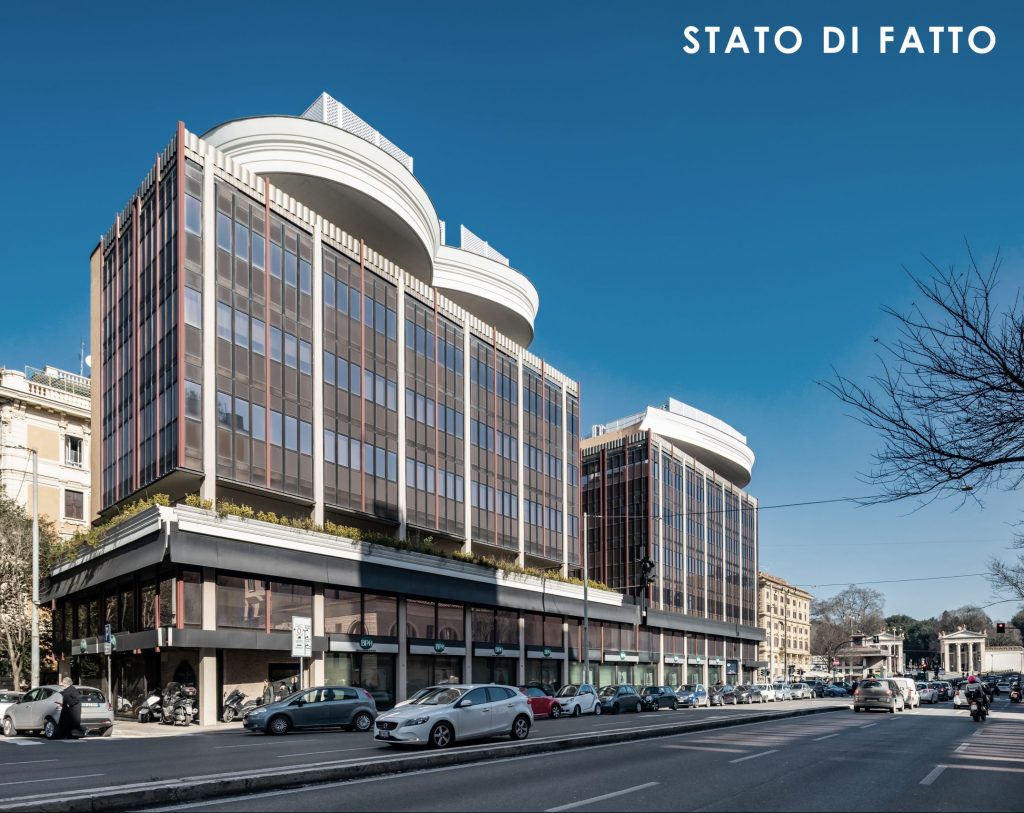 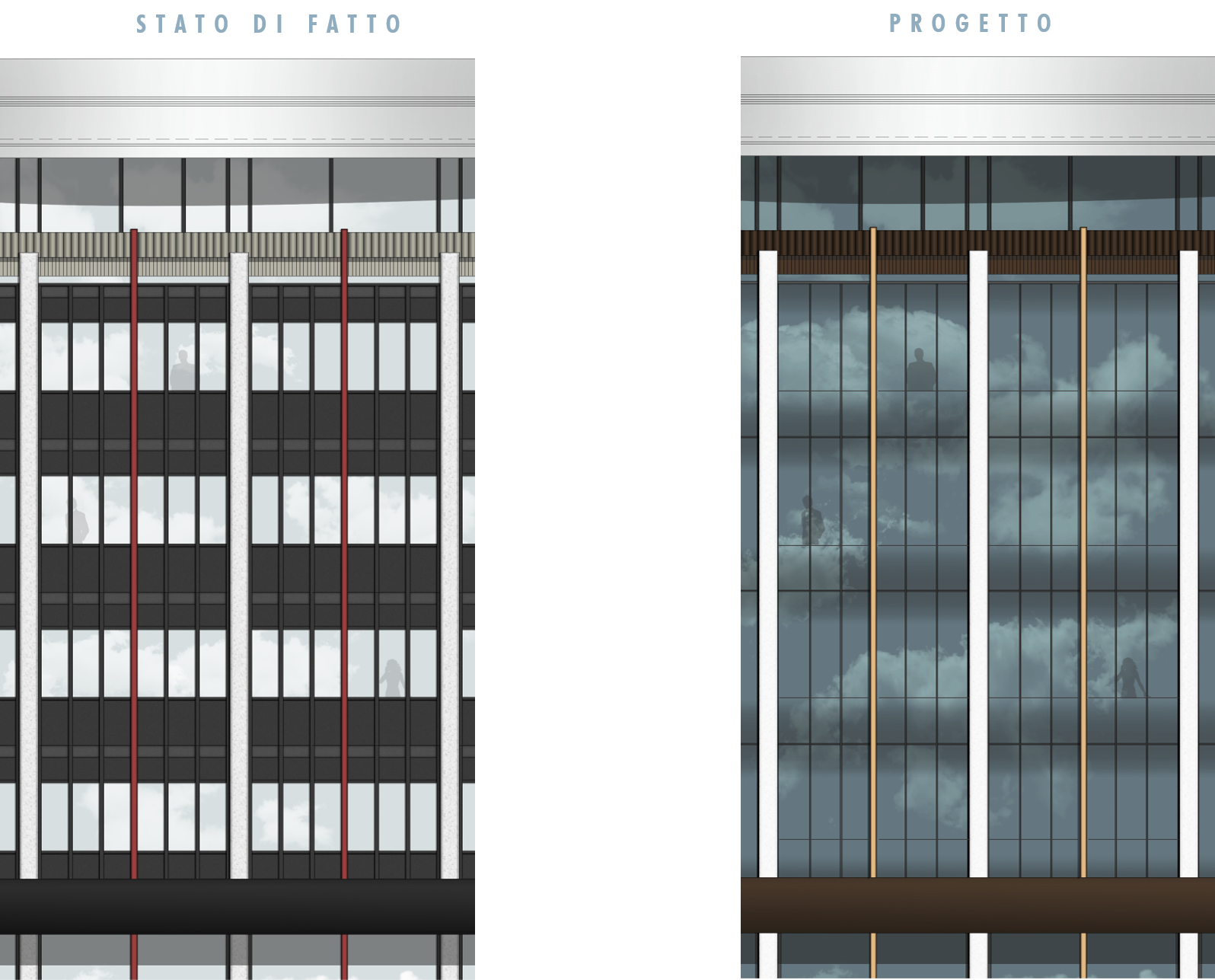