BMW Bank Italia and Alphabet Italia, rooted for more than twenty years in the headquarters of San Donato Milanese, have decided in June 2021 to give a new look to their working environments, starting the renovation of 4000 sqm of offices, arranged from the sixth to the ninth floor of the Beta Tower.

The task of Design & Build was entrusted to GBPA ARCHITECTS.

Federica De Leva, partner of GBPA ARCHITECTS, and Cristiana Cutrona, founder of Revalue, a company specialising in workplace strategy and workplace design, with which GBPA has had a strong partnership since 2016, integrating their respective skills, coordinated the project, successfully achieving the client’s challenging goal of making 3 out of 4 floors operational in just 2.5 months of construction work and completing the project in December 2021.

The Concept Design merges the need for spatial reorganisation of the old offices to adapt them to the most innovative working standards, with a Brand Identity project for the new spaces that has interpreted the guidelines, mission and values of the BMW Group.

The basic idea behind the reorganisation of the spaces was to give each user the possibility of freely choosing their workstation according to their own needs or those of their team, playing on the maximum flexibility of the spaces, closed or open, formal or informal.

The result is the made-to-measure design of four floors of offices, united by a strong identity image linked to the world of BMW, similar in planimetric layout and yet different from each other, to clearly identify the two companies in the group but also to best respond to their different ways of working.

The focus of the environment is a central island, called “Central Spine”.

The area is characterised by the dynamic shape of the lowered ceiling, which offers a series of supports of different sizes, shapes and types to meet the most varied needs of a company and its employees: closed and glazed huddle rooms and booths for meetings and video calls, which can also be used as concentration spaces, and formal and informal collaboration areas that are open but can be screened by soundproof curtains. 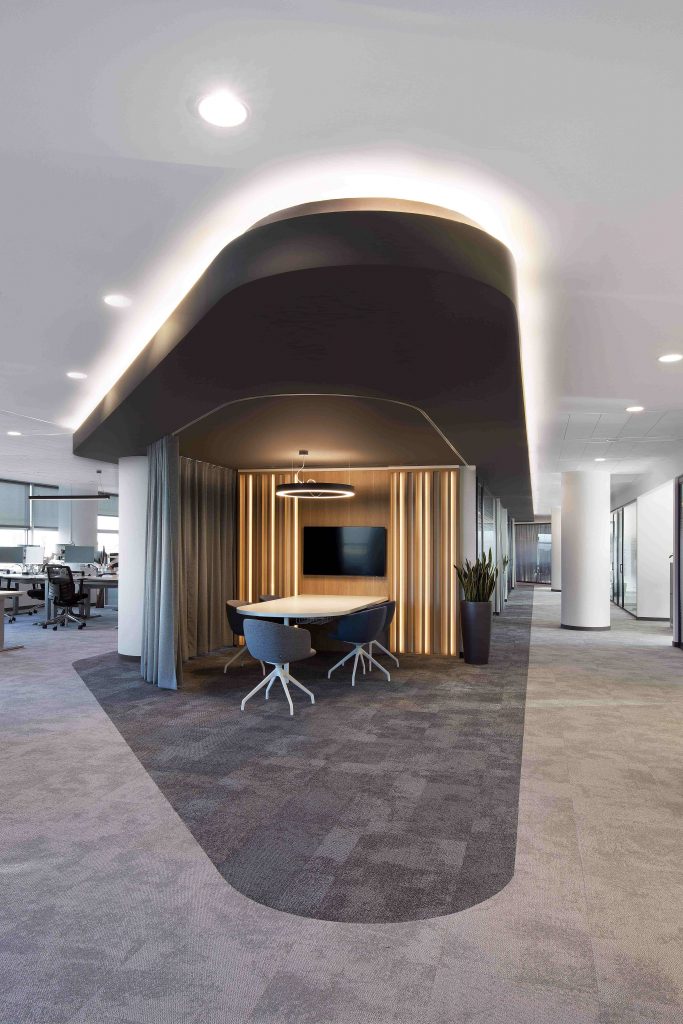 For individual activities that require a higher level of privacy or concentration, some closed offices are available, which can also be used as meeting spaces (office&meet). 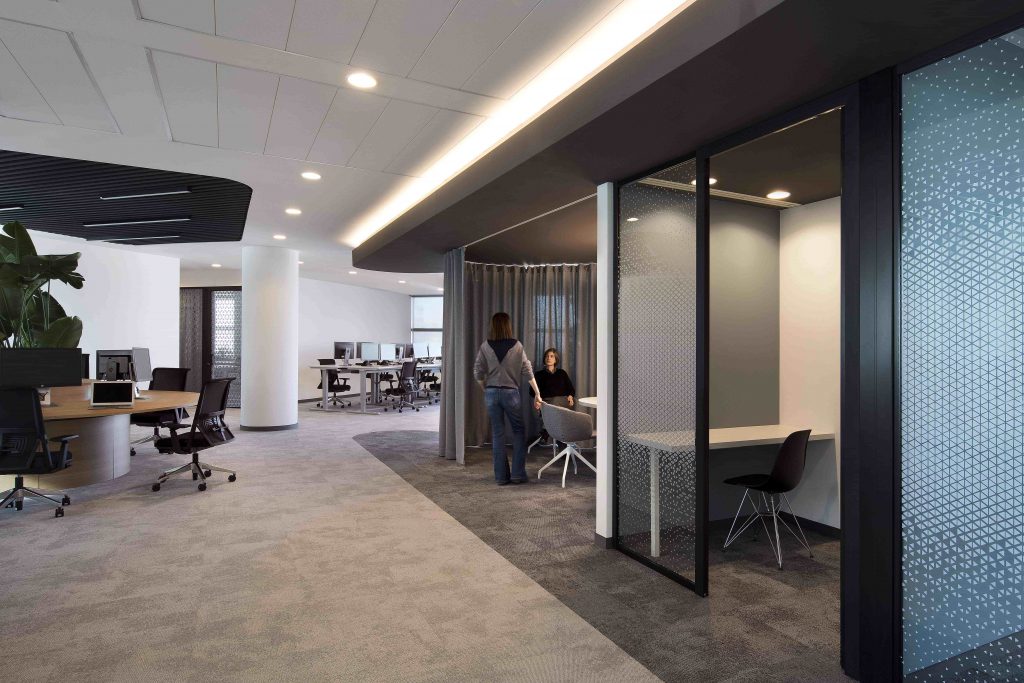 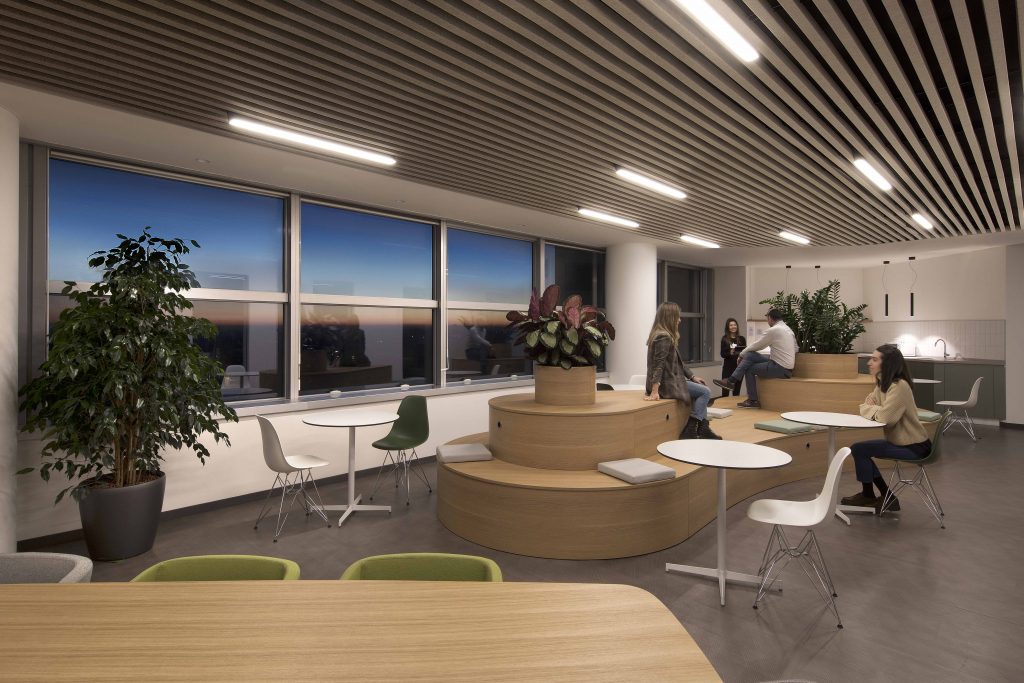 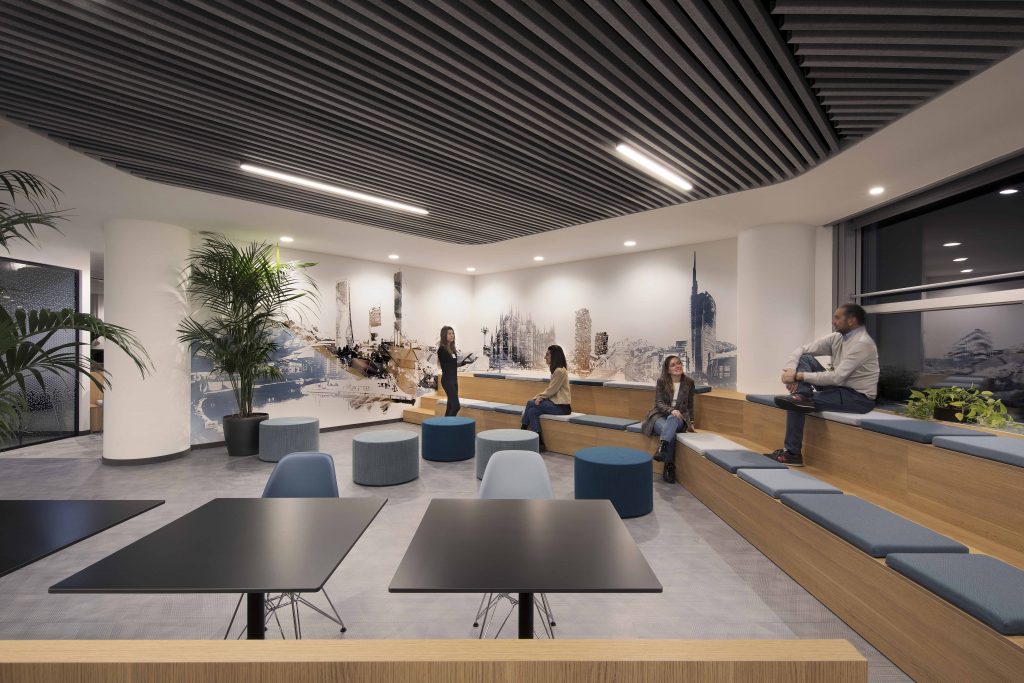 The office as a place for relationships

An important innovative element in the organisation of contemporary working environments, reflecting the need to rethink the office as a place for relationships and physical connection between people, is the presence on each floor of a large informal meeting space.

This takes on a different character and organisation depending on the floor, starting from a basic design consisting of a kitchenette area and small informal booths arranged around a central space which, moving from the ninth to the sixth level, changes skin without changing its nature as a “Social Condenser”. 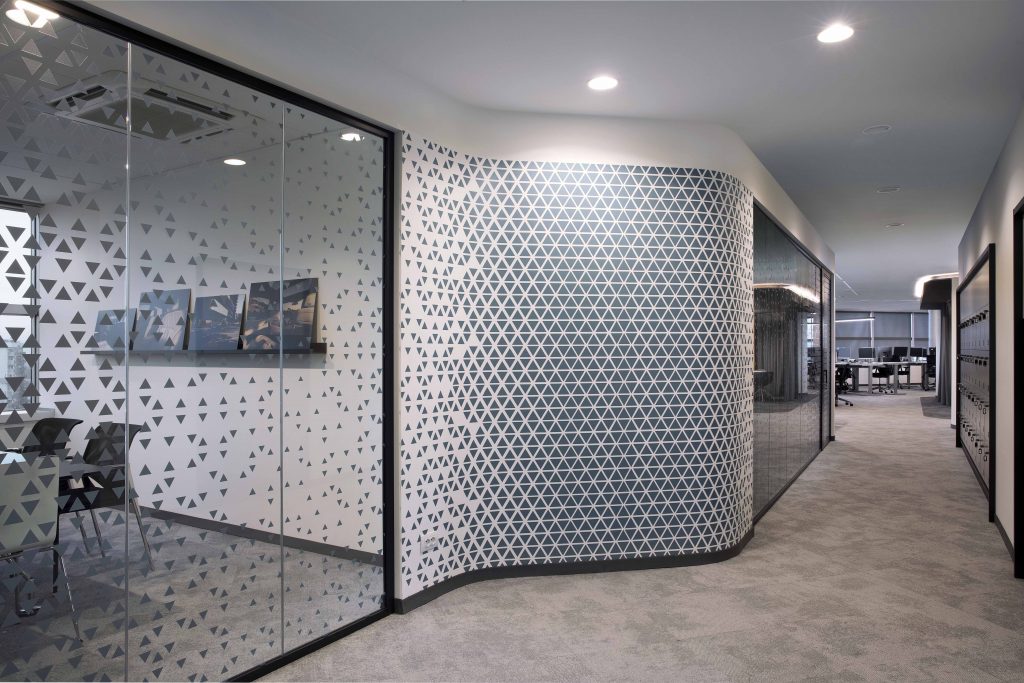 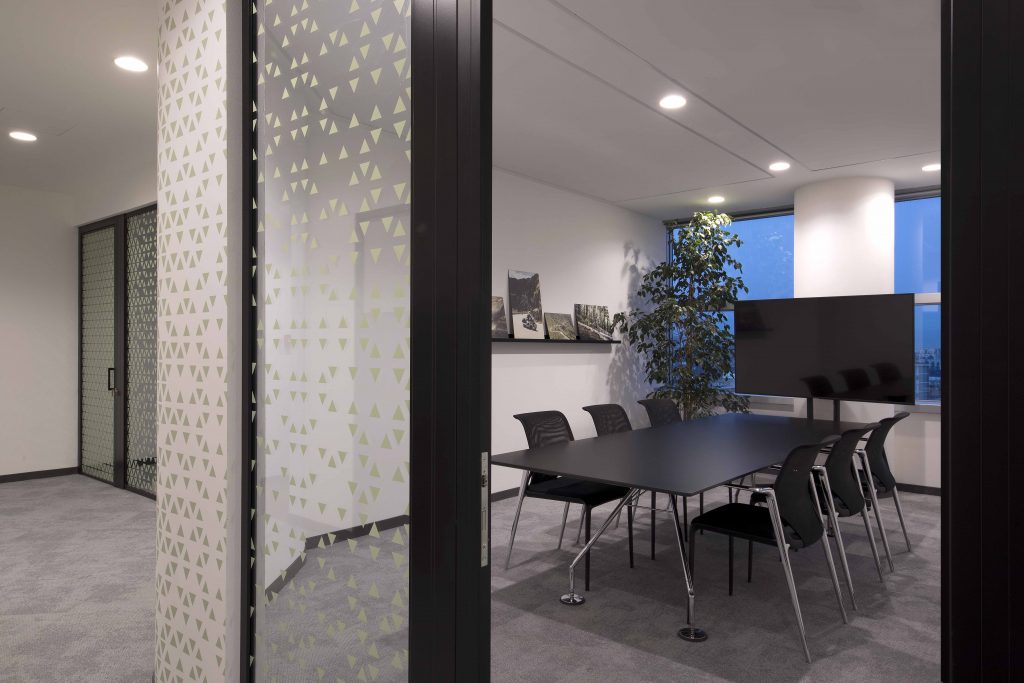 Sustainable and identity-driven spaces to inspire, connect and contaminate

The “Fil Rouge” of the project, transversal to all four floors: a mirrored and replicated triangle that composes an original decorative pattern and perfectly reflects the details of BMW Group products, unfolds on the vertical surfaces, the blind walls and the windows, on which it thickens or dematerialises according to the greater or lesser privacy required.

If on the one hand, through the spatial organisation and the elements characterising the layout, the aim of the project was to unite the four floors in such a way as to identify the two companies as belonging to the same family, on the other hand the differences in colour and in the palette of finishes and small variations on the theme give each level its own recognisability.

Recognition is strengthened by the decision to extract the key words identifying the individual floors from the Corporate Identity: Creativity for the sixth floor, Sustainability for the eighth, Premium for the ninth, and Connectivity for the seventh floor, where the connection between the two companies is also expressed. 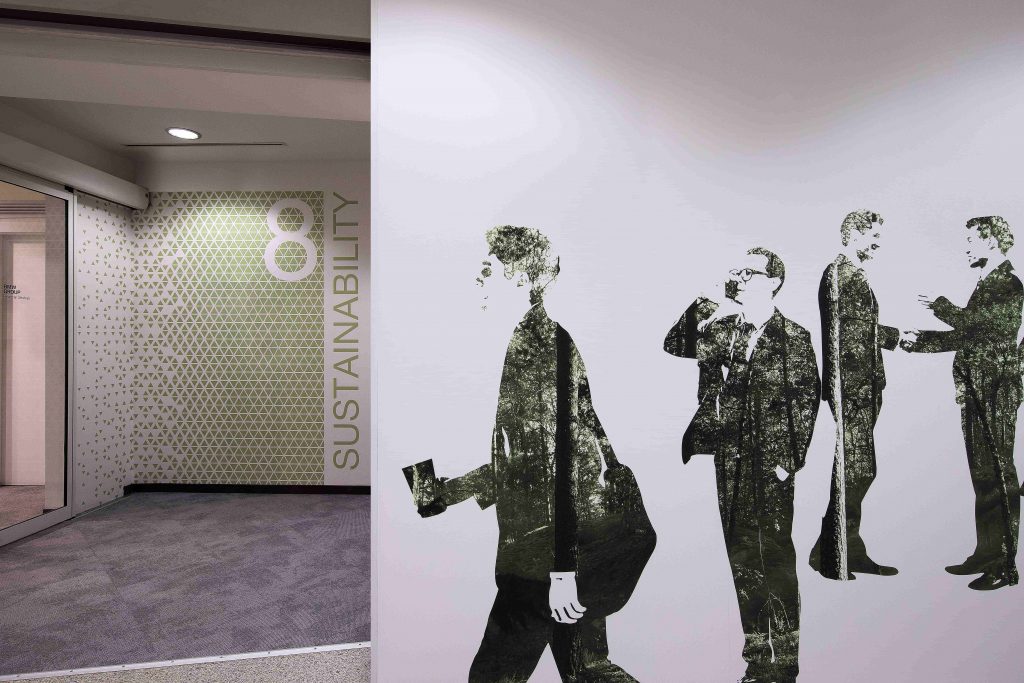