The masterplan for a luxury multifunctional resort in southern China is inspired by the mathematician Voronoi’s concept of hexagonal and pentagonal tessellation.

In a combination of form and function, a large SPA, surrounded by greenery and surrounded by small villas dedicated to private treatments, a hotel and a residence built on three towers rise up.

The SPA, a natural place par excellence, blossoms out of the ground like a flower, communicating its close relationship with the surrounding nature: it consists of a central body and three large petals. The green roof is designed not only as a functional space, but also as an extension of the landscape in which it is born.

In light of this, water, an element of primary importance, could not be omitted: the wellness centre is completed by an outdoor garden with swimming pools and a play area with water amusements and a private club. Both the towers and the hotel rest on a single plate that unites the entire complex. Unlike the spa, which is at one with nature, these buildings make man’s intervention visible, while at the same time entering into a dynamic relationship with their surroundings. 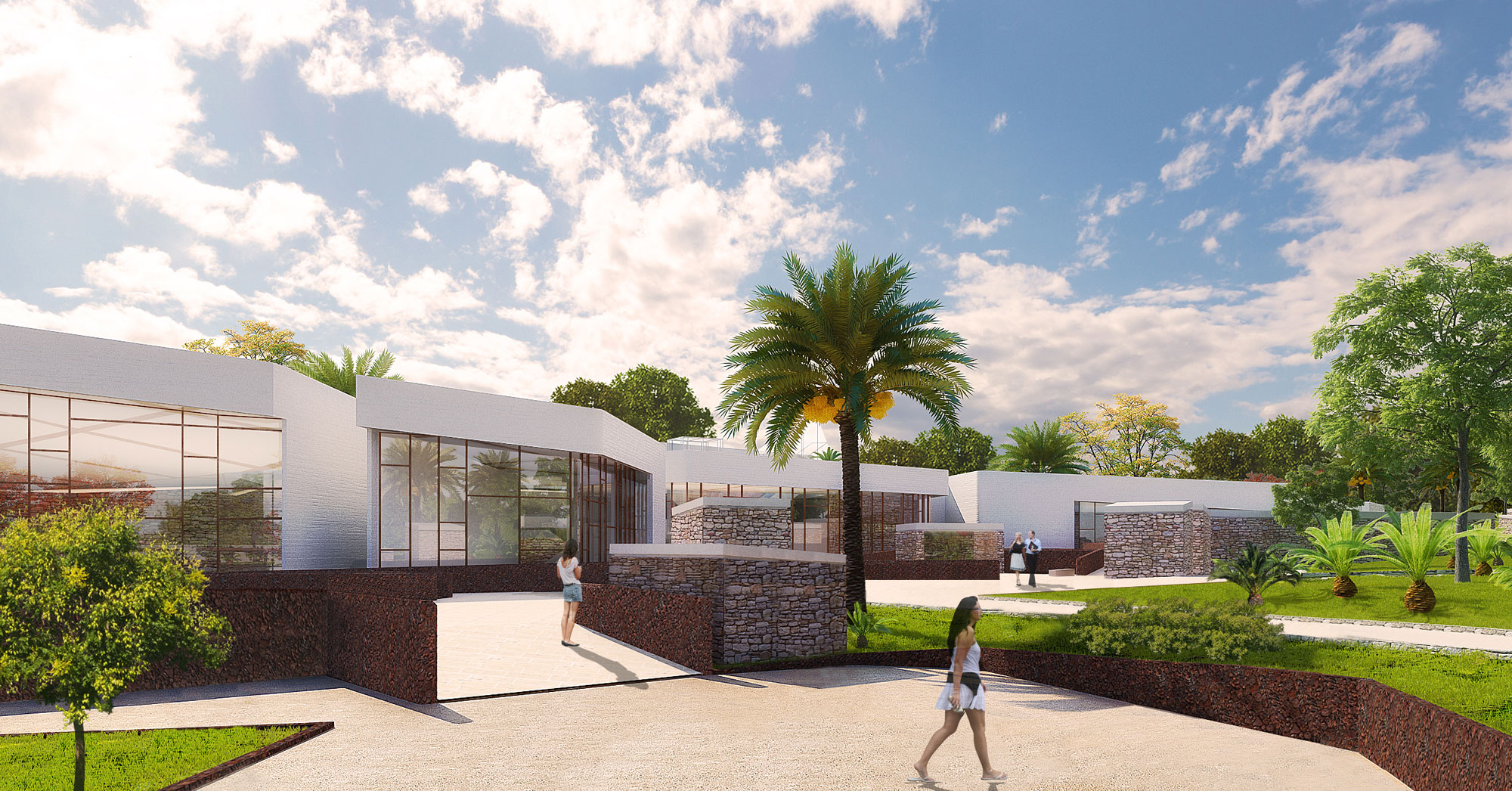 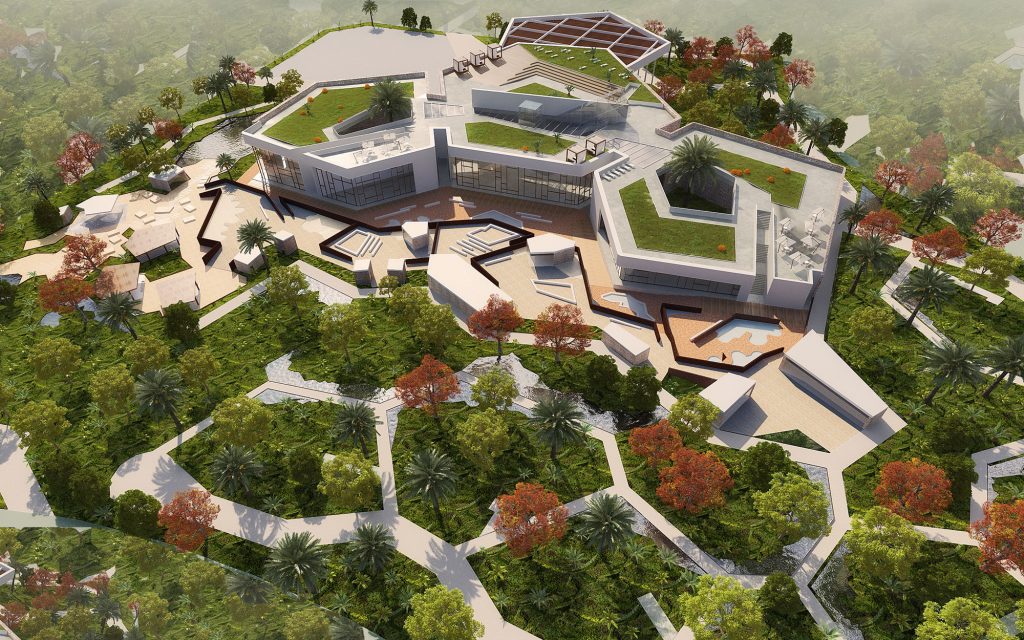 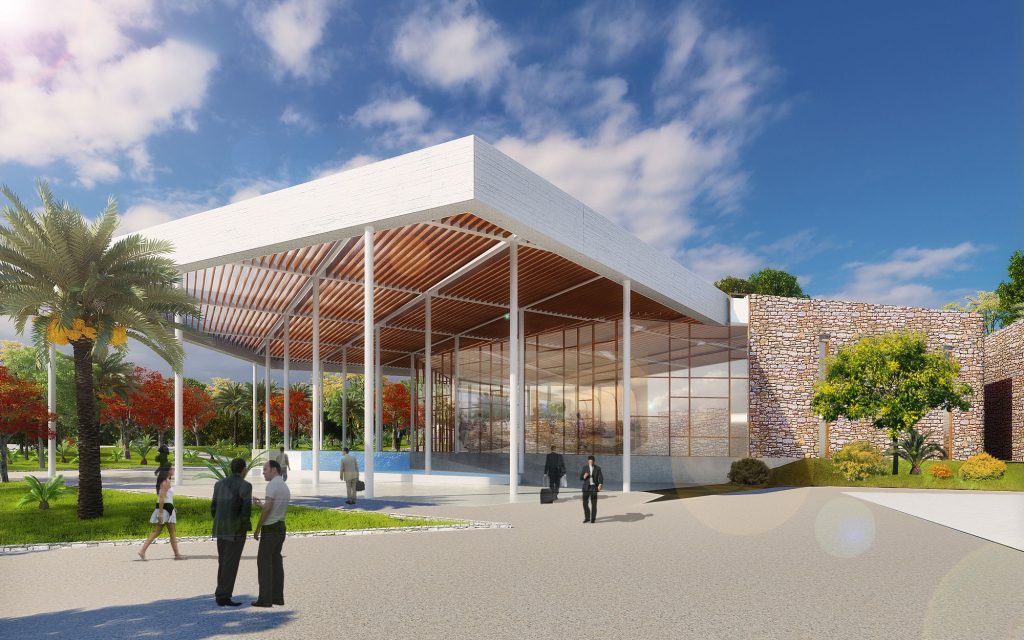 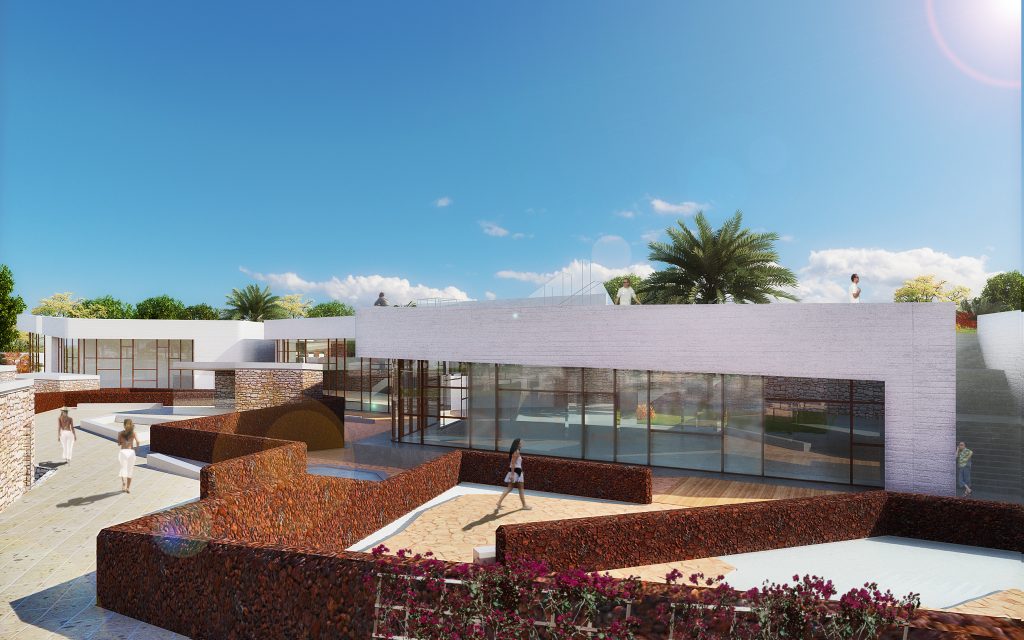 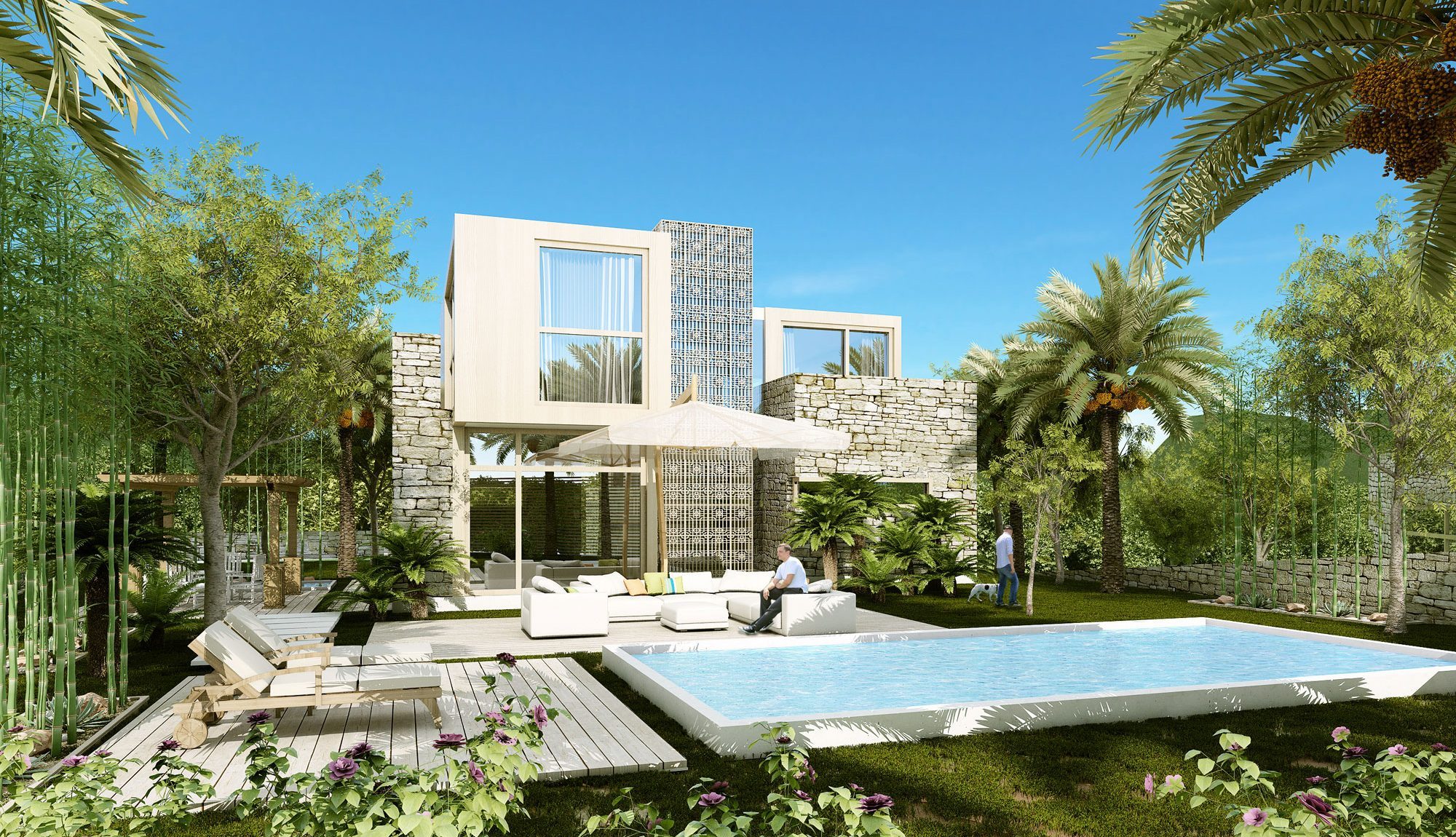